Certified Sleep Science Coaches are experts in helping people improve the quality of their sleep (yes, you have to pass a test to become certified). Our team has tested over 200 mattresses since we began helping readers in 2017 and are certified by the Spencer Institute.

These are both memory foam mattresses, however, Bear sells predominantly online, whereas TempurPedic has largely been an in-store brand. Even so—and despite their differences—in this review we endeavor to find a winner between Bear Mattress and TempurPedic.

Just so we can keep everything straight, here’s a summary of what we discuss in this review:

Of course, there is so much more to learn with both brands, which is why we’ve published individual articles on our mattress reviews page. 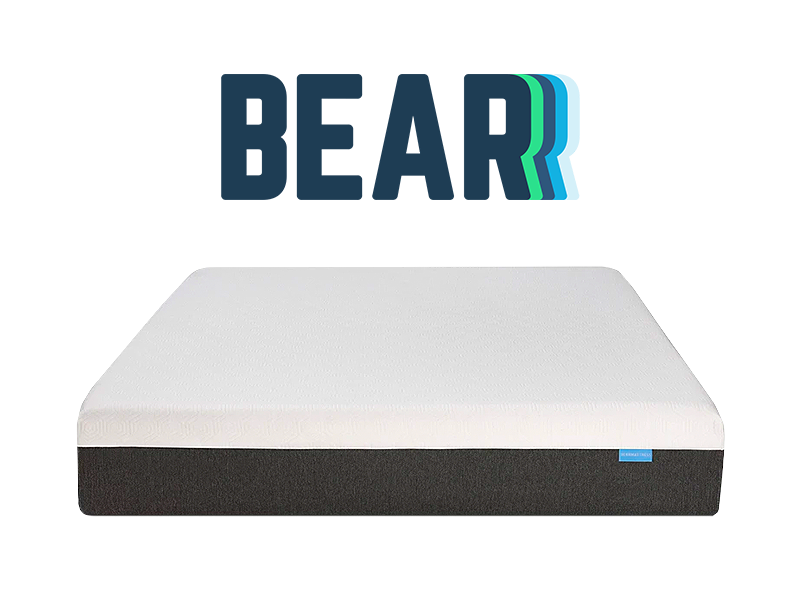 Why it’s Great
Bear Mattress is not only one of the most popular memory foam beds online, but also one of the most affordable at under $800 for the queen size.
Best for
Budget shoppers
People that like memory foam
Sleep Positions
Back, Side and Stomach
Product Details
Firmness
Medium
Type
Memory Foam
Temp
Neutral
Free Shipping
and returns
Trial Period
100 Nights
Warranty
10 Years
Made in
USA

Bear Is The Undisputed Champion On Price

It’s not totally fair to compare TempurPedic to a foam online mattress, but it’s what consumers do, so let’s talk prices. Bear has an MSRP of about $800 for a queen bed, and TempurPedic’s most affordable TEMPUR mattress is about $2,200 for the queen. No typo there. Bear is about a third of the price of a TempurPedic TEMPUR-Adapt mattress. And that’s before any discounts!

If you get a discount, you should see Bear drop to around $650 for the queen bed, which is pretty crazy to think that you’re getting an entire bed for safely under $1,000. You check Bear’s website for their discounts today.

With TempurPedic, they do offer certain promotions on TempurPedic’s site mostly during major holidays, but nothing that will bring the bed anywhere close to the price of Bear. TempurPedic is intentionally staying away from playing the race-to-the-bottom game where everyone keeps lowering prices.

Bear Is A 10″ Foam Mattress

We’re going to have to do a quick construction section for each brand since, aside from the top layer, they’re quite different. For instance, Bear starts with a foundation layer of dense poly foam, then has a transition layer, and graphite-infused gel memory foam on top. Here’s a look inside the bed.

Because the bed is mostly made of a neutral foam, but the memory foam is on top, you do feel the memory foam, however, not to the extent that you will with TempurPedic. In fact, we’d consider the overall feel of Bear to be somewhere between Lull (fluffy memory foam) and TempurPedic (dense memory foam).

You can still freely rotate between positions, but you will get a little resistance (far less than with TempurPedic).

In the past, Bear was a properly firm mattress and then in 2018 it became a truly soft mattress. Now, in 2019, they’ve switched it again to be somewhere in between. Here’s a graphic that shows where Bear sits on our soft-to-firm scale.

As you can see, we rate Bear in between a medium and medium-firm, a bit like the Nectar mattress, only perhaps a tad softer. Remember, however, that your interpretation of firmness will be different than nearly everyone else since there are several variables at play. For instance, the heavier you are—and the more you concentrate mass in a certain area—the softer a bed will appear. The opposite would be true if you were a petite person. This principal applies to all beds, including Bear and TempurPedic.

Additionally, it’s worth noting that all beds will soften as they age (i.e. as you sleep on them). Bear might start out between a medium and medium-firm, but we expect it to be closer to a medium+ after just a few months of use.

The Celliant Cover Is Bear’s Ace In The Hole

Aside from Bear, very few other brands use Celliant in their cover, and yet we are huge fans of the material. Don’t know what Celliant is? No worries. Cellient is a textile that has apparently been approved by the FDA as a “general wellness product” that can help with, among other things, circulation, achieving restful sleep, and promoting faster recovery. You can read even more about Celliant on Bear’s website. 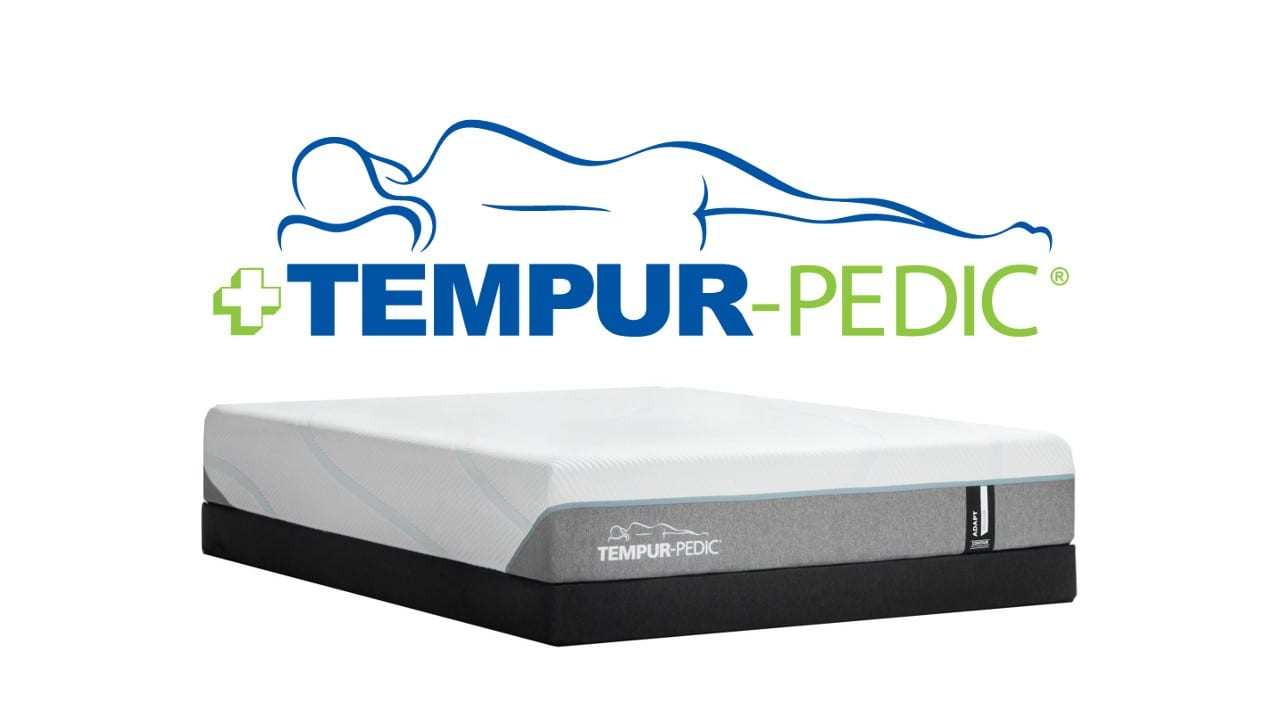 Why it’s Great
The TempurPedic TEMPUR-Adapt is an accommodating memory foam mattress that is available in both Medium and Medium Hybrid options.
Best for
Sleepers who prefer beds with a traditional memory foam feel
If you want your choice between a foam and hybrid design
Sleep Positions
Back, Side and Stomach
Product Details
Firmness
Medium
Type
Memory Foam
Temp
Cooling
Trial Period
90 Nights
Warranty
10 Years
Made in
USA

While the standard Bear Mattress is offered in just one firmness level, TempurPedic offers three different beds in their TEMPUR line, all of which come in multiple firmness levels. We will be focusing on the TEMPUR-Adapt, though, the TEMPUR-ProAdapt mattress has more firmness levels to choose from.

The reason that we bring up the multiple firmness levels is that you get more options with TempurPedic. So, if you want a really soft memory foam bed, TempurPedic is the way to go. If you need something that’s extra firm, same thing. If you want something in between, both brands will work for you.

TempurPedic offers a deep and viscose memory foam feel. It’s the type of mattress that you lay on and slowly sink into. You simply have to love memory foam to get TempurPedic, whereas you can be just Luke warm on it and be happy with Bear.

If you just look at the top two layers, those are both memory foam and will sort of pull you into the bed. The exact construction and feel will depend on the model and firmness level you select, but as a general statement, you’re getting a heck of a lot of memory foam with TempurPedic.

It’s widely accepted that a coil/innerspring bed is more ideal for heavy people than an all-foam bed. As such, the foam versions from both companies aren’t really a great option for people that weigh over about 250 lbs.

This is precisely why the Bear Hybrid mattress exists and TempurPedic makes the hybrid models.

While we don’t have a screenshot of the coils inside a TempurPedic mattress, you can expect them to look similar to what you see in the image above. They will be individually-wrapped unlike a traditional innerspring unit. As such, the coils move and react independent of one another in large part. This helps to reduce motion transfer, but still offers plenty of support.

You Get A Cooling Cover With TempurPedic

Bear has the Celliant cover, but TempurPedic has the phase-change cover that works to actively and consistently draw down your body temperature. The cover is cool to the touch and feels almost like it’s coated in a cooling wax.

If you’re a warmer sleeper and love memory foam, TempurPedic is designed with you in mind. This is not to say that Bear won’t be a good option. Quite the contrary in fact—we think Bear is also a nice option for warmer sleepers, but it doesn’t have the active-cooling cover like TempurPedic does.

What It All Comes Down To

For anyone that’s price conscious, Bear is clearly the winner, but when you exclude prices, how do these two beds compare? Here’s the short story:

In reality, the differences come down to price, design, feel, and firmness. You have to settle on what you want in a bed and then you can choose between Bear and TempurPedic.