Skip to content
We are supported by readers purchasing through our links. This page may contain products from our partners. Learn more
Slumber Yard > Mattress Comparisons > Casper Nova vs Casper Wave Mattress

In this comparison, our editors explore whether you should get Casper Nova Hybrid or Casper Wave Hybrid.

Casper Nova and Casper Wave are two luxury online mattresses, but what's the difference between them? And why would you pay more for one over the other? We will cover these questions and much more in this comparison. At a high level, most of the Casper Wave vs Nova Hybrid debate centers around how much value you place on the upgraded "Zoned Support" system found in The Wave.

These are the two high end beds from Casper, and both are hybrid mattresses. Naturally, people want to know the difference, and whether it’s worth it to pay more for Casper Wave Hybrid.

The bulk of this guide centers around the differences and relative advantages for these beds, but we also wanted to go over what they have in common — which is a lot:

Jump-To Links For This Comparison:

So, the Nova Hybrid and Wave Hybrid share a lot in common, but the main differences have to do with (1) design, (2) firmness rating and (3) price.

So far, Nova Hybrid is the softest, most plush mattress that Casper has offered. The bed is intended to offer maximum pressure relief and help folks with shoulder pain, arthritis and joint pain and other ailments that would possibly necessitate getting a soft mattress.

One major differentiator for Nova Hybrid is that it’s a really soft mattress. We are calling it a medium-soft, which makes it considerably softer than Casper Wave.

To be clear, we are not saying that it is better than Casper Wave for side sleepers, but if you prefer a plush feel, you will most likely prefer Casper Nova.

Technically, there are two versions of the Nova and Wave. Both beds are available in an all-foam design and a hybrid. That said, you can only find the foam versions at a select few retailers.

Instead, most people will be purchasing the hybrid versions because you can find those on Casper.com and at its retail stores.

Both beds start with pocketed coils, but the comfort portion is different. With the Nova Hybrid, it has memory foam right on top of the coils. Supposedly, this layer is split into seven zones. This layer is what adds the “Pro” in the Zoned Support Pro system.

Next is the traditional Zoned Support layer that is a split into thirds. The center third is firmer, while the top and bottom are softer to offer more pressure relief. The difference is subtle, but you can somewhat feel the zoned support.

The top layer, and the primary comfort layer, is an open-cell foam that’s perforated (or what Casper calls AirScape). You will see essentially the same foam on the Wave Hybrid as well. 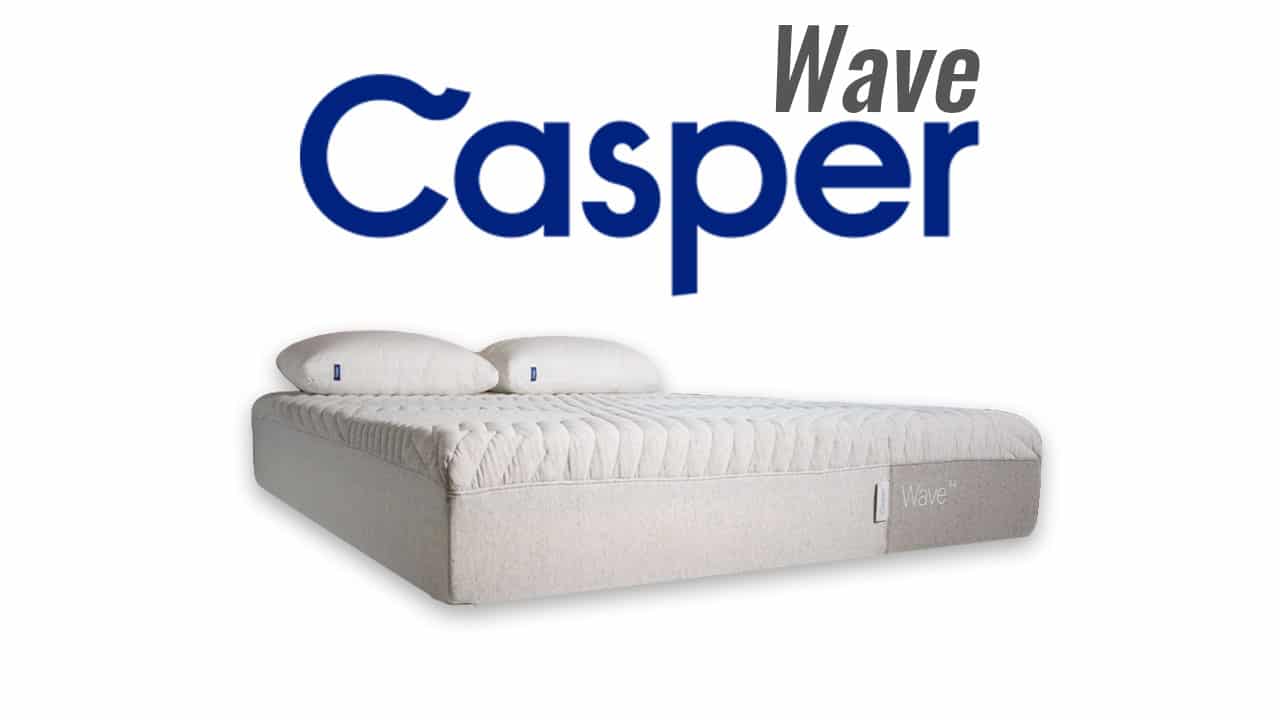 Why You Might Consider Casper Wave — The number one reason to get Casper Wave is that it’s the most premium, advanced bed from the company. Practically speaking, will that move the needle for a lot of people? We aren’t sure, but we do like the Casper Wave.

If you can afford Casper Wave Hybrid, there is a high likelihood you’ll like it, especially if you want a really nice bed that’s not too firm or soft.

As we’ve noted, Casper Nova is considerably softer than the Wave Hybrid, which we consider to be a medium on our firmness scale. That means that side sleepers should be plenty happy with the Wave, but the bigger difference is that back and stomach sleepers should universally prefer the Wave over the Nova.

In general, we expect Casper Wave to be fine for all sleeping positions. That said, if you are looking for a firm mattress, or one that’s truly plush, obviously Casper Wave is not that.

The Wave is different from the other Casper beds for a few reasons, but the biggest difference is its Hyper-Targeted Zoned Support comprised of little gel pods.

Casper Nova and Casper Mattress, but they are more advanced and durable. On top of the zoned support layer is memory foam, followed by latex foam, and, finally, an open-cell comfort foam on top.

As a whole, Casper Wave Hybrid has a neutral, soft foam feel, but it also feels incredibly supportive. Of all the Casper beds, it feels the most supportive and resilient.

The main differences between these two mattresses are the firmness level and the price. Decide what type of sleeper you are and your budget, and go from there.

As of now, Casper Nova and Casper Wave are about $2,000 and $2,600 for the queen, respectively. If budget is a concern, Casper Nova is the better choice.

That doesn’t account for any coupons, but if Casper is running a promotion, it would most likely offer it on both beds. You can go to Casper.com to see if it is offering any specials today.

While the beds share a lot in common, luckily they have two or three major differences. As such, your decision will most likely hinge on the following items:

What if I order a Casper Nova and decide I want a Casper Wave instead?

Casper offers a 100-night trial on their mattresses, so if you order a Casper Nova and don’t like it, you can return it and try a Casper Wave — or another Casper mattress — instead.

Which mattress is better for back sleepers?

Which mattress is better for heavier people?